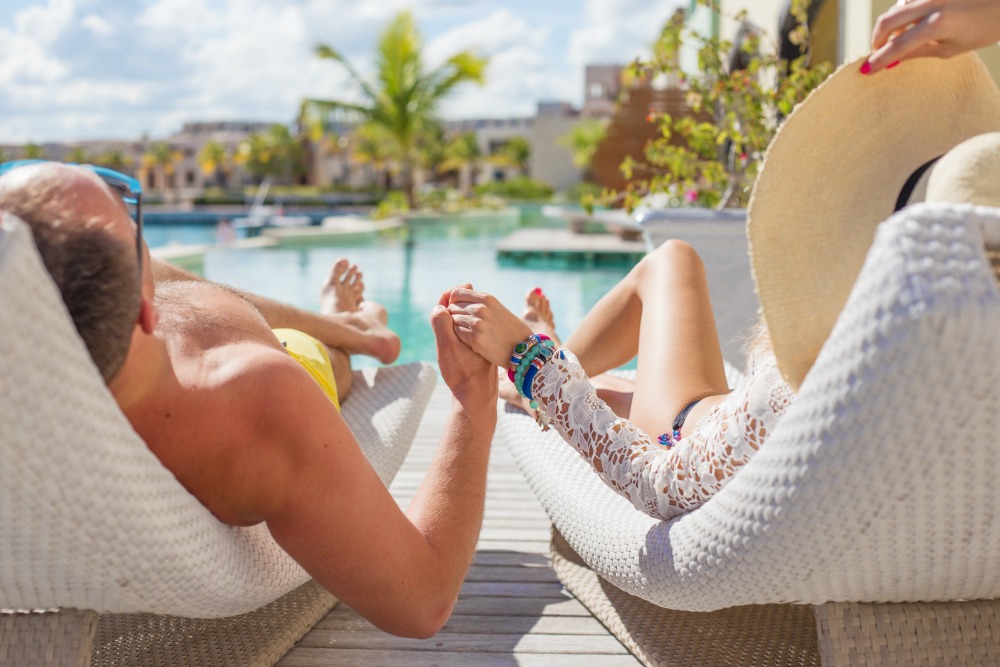 1 in 3 brides won’t let their future husbands make any decisions
1 in 5 brides fibbed to their fiancée about the cost of something at their wedding
Just half of grooms decided on their bestman or groomsmen without their fiancée’s input
BRITISH grooms are being cut out of wedding planning and aren’t trusted by their future wives to make decisions on their own, according to new research.

A survey of 2,235 UK adults, carried out by One4all, the Post Office gift card, revealed bossy brides are taking full control when planning their big day, allowing very little input from their fiances.

More than 1 in 3 (35%) brides weren’t willing to let their future husbands make any decisions whatsoever without them, showing that it’s not just bridesmaids who are bearing the brunt of bridezilla behaviour.

Just half of grooms made the decision on who they had as a best man or groomsmen without any input whatsoever from their fiancée, suggesting British brides are dominating even the most personal decisions for the groom.

Meanwhile, only 50% of grooms had a say on who attended the wedding and contributed to the guest list.

The decisions that brides were least willing to let the groom make were what the bride wore, who the bridesmaids were, the flowers, the cake and the décor.

As well as taking control when it comes to planning the big day, British wives-to-be are hiding the truth about what they spend, with 1 in 5 admitting to having lied about the cost of something they bought for the wedding.

37% of those who had lied said it was the cost of the wedding dress that they kept from their partners, while 1 in 4 said they had fibbed about the price of their shoes.

After the dress and shoes, the things that brides were most likely to lie about were the hen party, accessories such as jewellery and hair and make-up.

Despite brides taking the lead and deciding how budget is spent, the research found that the tradition of the bride’s family footing the bill is dying out – 23% of married couples say they paid for their wedding themselves, while 11% of groom’s parents contributed to the wedding either equally or more than the bride’s.

Aoife Davey, marketing manager at One4all Gift Cards, said: “It’s interesting to see how modern newlyweds are planning their nuptials, and how the majority of the decisions now sit with the bride.

“Weddings are traditionally all about the bride, and still are to some extent, but now that grooms and their families are investing financially in the wedding, it seems only fair that they should get some say in what happens on the day and who attends.”

It’s not just the tradition of who pays for the wedding that is in question, the data found just 51% of grooms actually ‘popped the question’ to their brides-to-be.

Davey added: “There are wedding traditions that some in modern society might deem old fashioned and that’s ok, but it’s important to remember that it is a special day for both the bride and the groom, and therefore both should have equal responsibility for making decisions when planning the wedding.”

Brighton is home to the most controlling brides in the UK, followed by Plymouth and Norwich.

The One4all Gift Card is available to buy from Post Offices nationwide and online at www.one4allgiftcard.co.uk, and can be spent in more than 22,000 stores across the UK.

How Should You Talk About a Pre Nup?

Are You At Risk of an Extra Marital Affair?

Sustainability is a word bandied about by many companies and brands these days, but do they really mean it? I know of some, that I won't divulge here, who just "happen" to...
Read more

Martin Rothery - May 24, 2021
Do you suffer from anxiety? What about depression? Maybe PTSD? Fibromyalgia? An addiction? Or maybe just simple stress.... I've got news for you. You don't have any of these...
Read more

Jane Baker - May 19, 2021
Imposter syndrome is one of those things I believe every woman wanting to uplevel or just do something different, experiences at some point in their lives. In business and specifically in the...
Read more

All You Need to Know About Artificial Grass

Jessica Fox - May 17, 2021
The roadmap out of lockdown has already seen people socialising more outdoors, and many of us are increasingly desiring low-maintenance gardens that we can entertain friends and family in. Artificial grass offers...
Read more

SamRudd - March 31, 2021
We've been very fortunate to discover some incredible Easter treats this year. Many can be gifted throughout the spring and summer and not just for Easter. Lockdown hasn't dampened our spirits, as...
Read more

ABOUT US
Sunday Woman is the fastest growing luxury lifestyle magazine for women over 30 in the world. Starting in the UK and now popular in the USA, Sunday Woman delves deep into areas that others fear to tread. Alongside the gift guides, reviews, tips and advice, you'll find exclusive news and content for the intelligent, ambitious woman. Subscribe to our newsletter to be the first to hear about giveaways and competitions, and join us, not just on a Sunday, but everyday, as we want you to be part of the Sunday Woman village. It's a great place to be!
Contact us: editor@sundaywoman.com
FOLLOW US
© Copyright Sunday Woman Magazine 2014-2020.
MORE STORIES
Aunty

Martina Mercer - August 2, 2018
By Martina Mercer Whether it’s the first time you’re planning on sleeping with someone, or you’ve been in a relationship that seems to have ground to...
Aunty

Martina Mercer - August 21, 2015
If you’ve never experienced cystitis then you are one of the lucky few women as the majority of us suffer from a urine infection...
relationship advice

Martina Mercer - February 20, 2015
As the 50 Shades trilogy causes a buzz between females across the world, we thank the author for making us realise that our dominant/...
Parenting

Cai Graham - October 21, 2020
Editor's Note: I tried this on my 16 year old daughter who is often a closed book. My usual tactics include asking,...