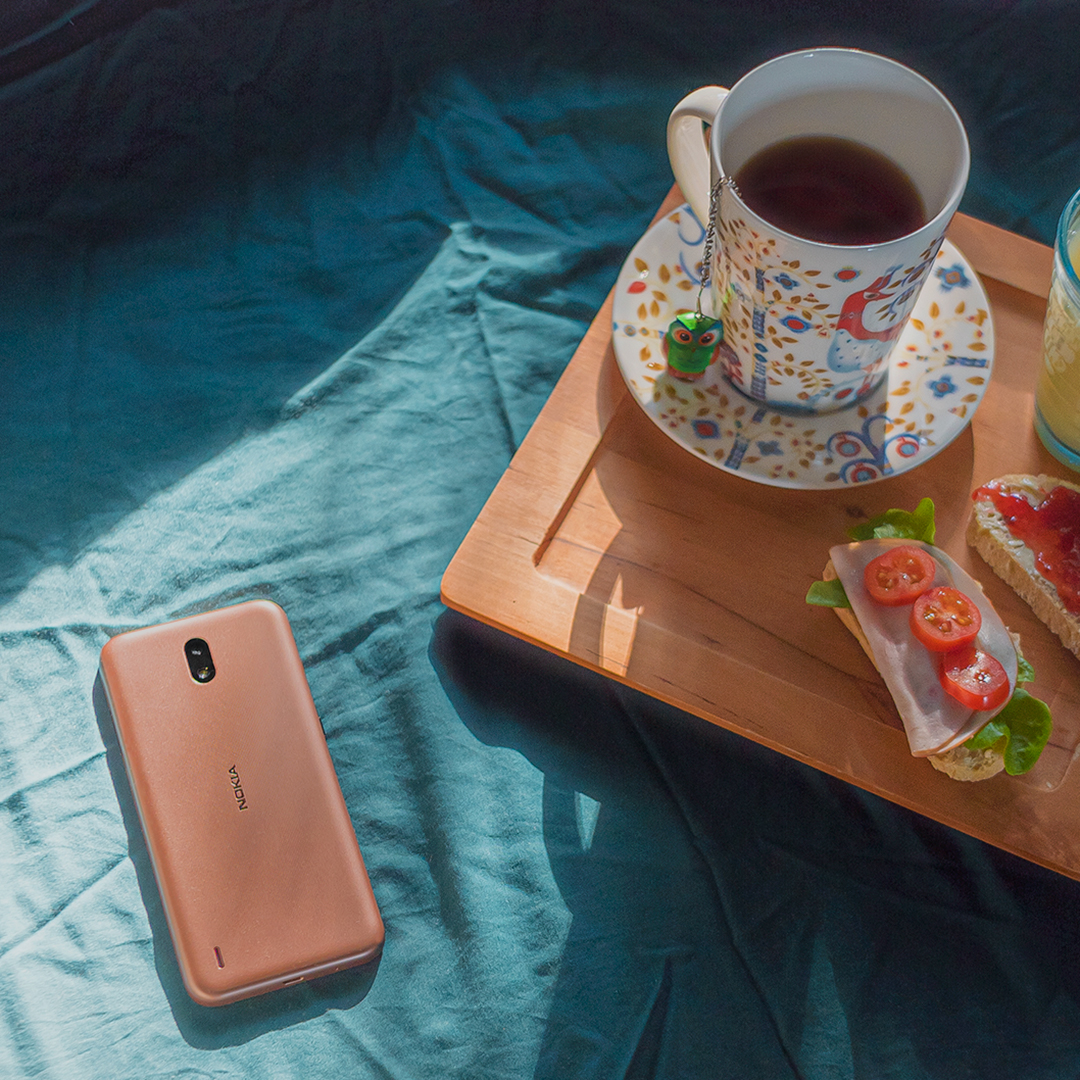 I was a little dubious about doing a Nokia 1.3 review. Ok I’ll admit it, I’m an iPhone girl (woman over 40) and I’m in the Apple trap. My son, who understands all things tech much better than I do, pleads with me to switch over to Android but I’m afraid I’m in too deep and switching would be expensive and time consuming. I bought my first iPhone many years ago and it wasn’t long before the Mac and MacBook followed. Added to this are the iPods and iPads and I have a full family of Apple products that pair with each other (when they feel like it) and regularly disappoint me but I can’t seem to find a way out.

I have envy for those that have escaped, as they love to tell me how much better it is to use Android, how the phones are better, the cameras are better, the design, the functionality, EVERYTHING.

So I sought out a cheaper way to discover if I could be an android user, would I pick it up quickly? Would it frustrate me? Would I miss an IOS operating system? Let’s find out.

My device of choice for this experiment is the Nokia 1.3, which retails for just £64.99. 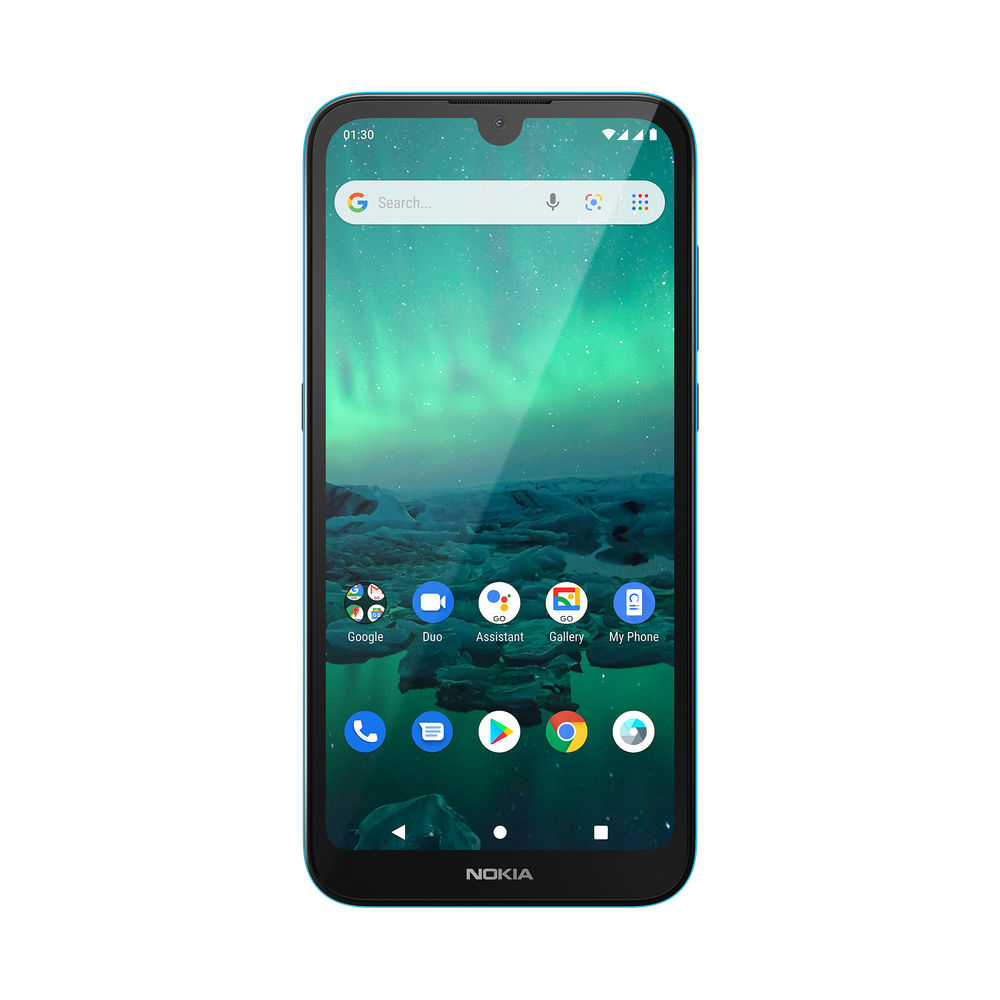 I was offered it for review and thought it would be a great starting point. Cost effective and cheap enough that if my incompetence pressed the wrong button and somehow locked the phone, it wouldn’t be such an expensive loss.

However, I did think that by choosing a cheap Android phone that I wasn’t giving Android or Nokia a chance. I’m used to the eyewatering expensive iPhone 11, surely a phone under £100 couldn’t compare, or could it?

The short answer is yes, yes it could.

This phone has a lot of features that makes you wonder why Apple has so few. From the button for google assistant, to the audio jack (oh how we miss the audio jack), it’s a phone made for the user, with the user in mind. It’s not developed for the sake of developing, it’s simple and sleek with everything you need and a little bit more and you will be surprised at just what can be packed into a phone for this price.

I’ve seen other reviews that criticise the camera as it has just four modes, but still I found it excellent value, and let’s be honest, who uses all the extra modes on an iPhone anyway? It was only recently that the iPhone expanded its range of modes on the camera, and so for a phone under £100, well, even if it was under £300, I’d still be happy with it. I’m no photographer but I was happy with the pictures I took, and found them good enough for my social media. If you are a photographer, you’re probably not going to use a phone to take photographs anyway.

I also loved how the camera touched me up! I’ve been feeling a little self conscious, with the lack of aesthetic treatments available recently, and needed the filter boost to soothe my ego, something the iPhone doesn’t do.

The display is lovely and crisp and does the job nicely, looking like any smartphone would. It seems alien that people would want a higher resolution on this, as you can see it, it looks pretty, it’s clear, it’s easy to use, what more do we need?

It feels sturdy, and with a case it would be sturdier still. It doesn’t have the cheap feel that many budget phones does, and with the crisp display and a neat case, it could easily pass for a more expensive mobile phone.

I’ve just touched the surface of Android and spent many lovely hours looking at all the APPs. However, I must remember this is a phone review and not an Android review, although it has made me consider breaking the chains that tie me to Apple.

The Google assistant button is a bonus and I loved being connected to my favourite website at all times.

All in all, this is a brilliant phone on a budget. Children at Christmas would be happy to open this and to have it as their very own mobile phone, and they can, with the tiny price! It’s great as a backup, to take on hikes and adventures, or to take to school, without worrying too much about damage or loss. Only a few years ago it would have been crazy to think we could own a fully functioning all inclusive smartphone for under £100, but here we are! We love it.

The Top Ten Technology Gifts for Geeks and Gamers

We sent our current aesthetics expert, Michelle Sullivan, to meet the guys at Optimise Health and to discuss treatments that could help her with her energy levels, mood and skin. Michelle took...
Read more

Martina Mercer - December 8, 2022
Little beats the feeling of climbing into a warm, soft bed and so we've been looking for the very best bedding. We think we've found some winners, 100% cotton, luxurious winter bedding that feels...
Read more

Martina Mercer - November 22, 2022
Are you stuck on what to buy him this year, for his birthday or Christmas? We've got you covered with some great ideas that will put a smile on his face. A...
Read more

ABOUT US
Sunday Woman is the fastest growing luxury lifestyle magazine for women over 30 in the world. Starting in the UK and now popular in the USA, Sunday Woman delves deep into areas that others fear to tread. Alongside the gift guides, reviews, tips and advice, you'll find exclusive news and content for the intelligent, ambitious woman. Subscribe to our newsletter to be the first to hear about giveaways and competitions, and join us, not just on a Sunday, but everyday, as we want you to be part of the Sunday Woman village. It's a great place to be!
Contact us: editor@sundaywoman.com
FOLLOW US
© Copyright Sunday Woman Magazine 2014-2020.
MORE STORIES
Award Winners

Martina Mercer - April 19, 2017
Last year we visited a lot of hotels, spas and clinics in the South West to start our first South West Awards. As we...
Award Winners

Keep Your Cool with Husky this Summer

Martina Mercer - May 18, 2015
For over a year we've waxed lyrical about fridges. Basically, we had a problem with the ones in the UK. With over a third...
Award Winners

Martina Mercer - August 24, 2020
Whether you're religious or not, you'll love these oak Zoe church chairs as they certainly caught our eye. That's why we felt the need...
Award Winners

The Best Commercial and Bean to Bar Chocolate to Gift